When quadcopter drones first hit the market, they were a revelation. Their ability to take off and land vertically, combined with their small size and high maneuverability, made them an impressive piece of technology. Now, many years later, we’ve seen several variations on the quadcopter drone theme. There have been hexacopters, plus the ever-increasing camera resolution with also some super-wide FOV fisheye lens cameras.

But there hasn’t yet been a drone quite like the DJI HiTOP. This unique concept is essentially a three-propeller drone instead of the conventional quadcopter setup. Although the HiTOP is strictly just a concept at this point (and not something you can buy just yet), it adds an interesting new dimension to how drones are constructed and used.

What is DJI, the drone company?

Before we go on to discuss the DJI HiTOP, it’s worth taking a quick look at the company behind it. DJI is a Chinese consumer drone company that has a reputation for quality, high-end products. Because they have a reputation for quality, they can charge a premium price, which means they have plenty of room to experiment with additional features. There have been many drone companies in the past, but DJI literally changed the game by introducing a standard for drones that are now used by almost every other manufacturer. There’s a reason why so many people use the term “DJI” as a generic description for “drone”.

The selling point – The DJI’s features

The main selling point is obviously, its novelty. With it being one of the first few drones that only needs 3 propellers to take premium photos, and as a result, potentially being cheaper and less battery intensive, makes it available to the masses and could make drones a more household product. In addition, the drone also has the same camera as the company’s flagship drone, the Phantom 4. This could standardize high-end 4K footage on drones and the HiTop would be one of the first drones to do so.

One of the most obvious benefits is that it is lighter. Some other benefits of a tricopter drone over a quadcopter would be noise reduction and increased battery life.

Having one less motor means less battery power needed. Extended battery life is a wonderful benefit for consumers, as one of the biggest complaints about drones is how quickly their batteries are used up.

Could this concept ever become a reality?

From the above, it’s clear that a three-rotor drone does have some advantages over a quadcopter. However, it’s not all as rosy as it sounds. This three-rotor drone is extremely ambitious and would require a lot of design work, brand-new parts, and significant testing before it could be released to the general public.

The main drawback of a tricopter drone compared to a quadcopter is that it would have less power and less lifting capacity. This means that it would be harder to use for filming sports or for lifting heavy camera equipment. A tricopter drone would also likely be less stable in strong winds or other weather conditions.

If this drone ever were to come to fruition, it’s likely that it would be popular among consumers. However, since DJI is just introducing the HiTOP as a concept, it’s too soon to tell whether it would succeed in the marketplace. It might find an audience among professional users, as a lighter, cheaper drone would be beneficial for long-distance work. It’s doubtful that the HiTOP tricopter drone would displace the popularity of quadcopter drones, which have become a standard in the industry. However, it could be a great option for certain users.

The DJI HiTOP is an interesting concept that has the potential to be an incredibly versatile drone. It’s designed to be a quieter, less expensive drone that can be used in all sorts of conditions — while still being able to take high-quality photos. This concept proves that when it comes to drones, there’s always room for improvement — and there’s always room for something new. 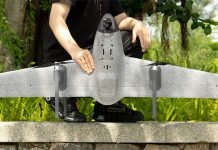 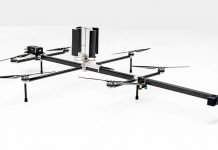