In November 2020, Arcimoto, Inc. announced the creation and development of the ultimate on-road fun ride machine in the form of the Roadster. Already renowned for its Fun Utility Vehicle (FUV) product, the mobility company has taken their innovation to the next level with the Roadster product. With this latest addition Arcimoto, a company that starts every new innovative product with a vision, sees it through the prototype phase, as it incrementally revolutionalizes three-wheel road vehicles, the next step is taken to produce yet another fantastic light and fully electric mode of enjoyable transportation.

The latest addition to Arcimoto’s lineup is currently at the prototype stage. It will be based on the same platform as Aricimoto’s other electrical ride offerings. The platform entails two wheels up front, both with an electric motor. While current vehicles can reach a top speed of 75 mph (120 km/h) and achieve 102 miles worth of travel on a single charge, the redesign, specifically the elimination of the upper structure of the vehicle could sway those figures somewhat.

Earlier models featured individual “buggy-like” seats, while the Roadster leans more into the traditional motorcycle seat design of an extended tandem seater that extends over the rear-wheel cargo. To develop the Roadster’s seating, Arcimoto teamed up with Corbin-Pacific, founded by Mike Corbin, a motorcycle legend. Corbin Pacific is a US-based company that hand-builds motorcycle seats with purpose-built materials while using a patented manufacturing process. Mike Corbin is a renowned inventor of the Corbin Sparrow three-wheeler vehicle. Having test-driven the Roadster prototype, Corbin expressed that it was “the best driving three-wheeler I’ve ever ridden.”

While the overall form of the vehicle closely resembles the FUV, the Roadster does have one drastic difference in the form of its windshield. While the FUV had a windshield that extended over the driver’s head and connected to a top “roof-like” portion to form a roll-cage shape, the Roadster sports a more motorcycle-like squat windshield. Working with National Cycle, the worldwide leader in windshield technology, Arcimoto has keyed in on a more sleek look for the Roadster, while incorporating advanced polycarbonate shielding technology on electric vehicles forward.

The partnership with National Cycle is not a new one. They also supply the polycarbonate windshield for Arcimoto’s Fun Utility Vehicle, Deliverator, and Rapid Responder products. They have been proponents of polycarbonate shielding since 1937, offering products with maximal optical clarity, scratch resistance, and durability, making them the world leader in this realm of development.

The dual front-wheel platform promotes greater stability while driving, offering vehicles control more akin to driving a four-wheel car than a two-wheeled motorcycle. Also, while the FUV allowed riders to go without a helmet thanks to the vehicle’s semi-enclosed vehicle form, the open nature of the Roadster will certainly require it.

The vehicle’s stylish outlook carries a great mix of a futuristic form paired with a smooth, comfortable ride. As with their other products, Arcimoto’s goal is to help to shift the world into a more electric-based travel center. They are hoping to transform ordinary rides into extraordinarily fun adventures.

Arcimoto has stated that they are planning on producing 50,000 electric vehicles every 24 months (2 years). In a deliberate effort to expand deliveries of the FUV, Arcimoto has partnered with DHL Global Forwarding to streamline distribution to US customers, first to the lower 48 states, expanding later to a second phase to reach customers in Alaska and Hawaii as well. In the future, international customers will be the next reachable target. 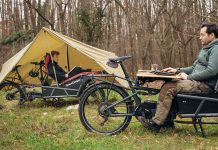 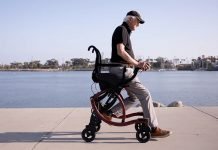 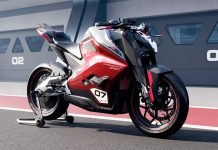 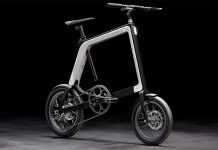 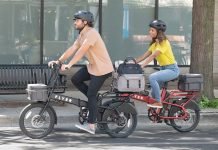 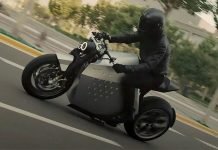