As a society, we are still heavily governed by one particular number in our lives, and that’s the battery percentage remaining on our smartphones and other similar devices. When we’re at home, we can plug in while we’re having dinner, or overnight, and leave ourselves with a fully charged device to continue using later.

But what about when we don’t have that kind of time to wait around for charging? This is where the Apollo Ultra from Elecjet comes into play. This 4th-generation graphene-enhanced 10,000mAh power bank can fully charge your phone in less than 27 minutes with up to 100W of output and no overheating.

Charging in a Hurry

Many of us have faced similar situations where we’re preparing to head out and need a fully charged phone, but only have 30 minutes. If we plug into our regular charger, we might get an extra 20-30 percent on there, but with the Apollo Ultra, we can go from 0 to 100 with 3 minutes or so to spare!

No other power bank can offer that kind of speed and safety of charging, with most being only able to add a maximum of 19 percent of power back within 27 minutes. The key difference is the revolutionary graphene tech that Elecjet uses in their devices, allowing for faster, smoother and safer conductivity and thus faster charging times.

The Apollo Ultra houses both a USB 3.0 and a USB-C interface so you can charge two devices at the same time. Let’s face it, we’re not in a time where people just have one device anymore. Why bother with multiple power banks when Elecjet’s unit can help you charge a phone and tablet all in one go?

The other key USP for this device is its protection against overheating. Graphene is among the most efficient conducting materials anywhere on the planet, and use of graphene technology within the Apollo Ultra ensures that no matter how fast the charging process, or if it’s a single or pair of devices being charged, the powerbank temperature will not exceed 43 degrees Celsius.

More importantly, since the powerbank keeps its cool, your device battery will also keep cool, and that helps to extend its life. Overheating is a fast way to diminish a battery’s overall capacity, and fast charging is typically a way to create an overheating scenario. With Elecjet’s Apollo Ultra, however, you won’t have this problem.

As Durable as it is Powerful

The Apollo Ultra from Elecjet is not just a powerful and fast charger, but one that will serve you over many years. It is tested to last for more than 2,500 charging cycles. For most people that should add up to nearly 7 years of hassle-free and stress-free fast charging.

Once again, the the inclusion of graphene-enhanced technology is the reason behind this durability. Graphene is a layer of graphite honeycomb structure that’s just a single atom thick, making it 200 times lighter than steel, but at the same time 6 times stronger. Its superconductivity allows it to have massive capacity for power transfer without losing its capacity in the same way other devices do. It helps the Apollo Ultra truly stand apart from the competition.

The Apollo Ultra from Elecjet is available for pre-order now from just $69 and estimated shipping is from January 2022. Reserve yours today! 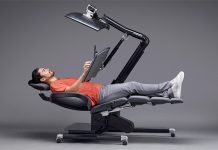 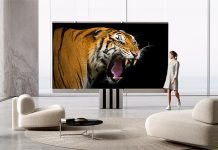 C SEED folding MicroLED TVs can be housed in your floor

Steer wearable device will not let you fall asleep at the...