Back in 2013, a trio of inventors based in France started work on a robotic solution to the age-old problem of managing the large-scale storage of cars in different scenarios. Two places in particular where the company has applied its technology is in automotive storage facilities, and in airports, but what solution are we talking about? Enter, Stan robots.

What is a Stan robot?

The principal product currently on offer from Stanley Robotics is simply known as a Stan robot. It is an autonomous, smart transportation vehicle that is capable of moving vehicle inventory from one fixed location on a lot to another. It picks up cars from the front or rear, which allows it to subsequently place vehicles closer together when storing, vastly increasing efficiency on larger lots where human-driven solutions require space to be left for the driver to enter/exit the vehicle.

Each Stan robot is powered by a lithium-ion battery and is capable of autonomous charging when the time comes. The main part of the robot body is the 7kW traction unit that unfolds to pick up the vehicles for transportation. It sits on 360-degree rotating wheels, and features an adjustable wheelbase to allow it to shape and size itself to match the target vehicle precisely. This allows a small number of Stan robots to service even large lots of totally mixed inventory.

Every robot is equipped with state-of-the-art sensors and object/obstacle detection systems that help it navigate busy and crowded lots, moving inventory from place to place without getting a scratch on anything. The robot gracefully places its traction unit under the vehicle, while its sturdy wheel holders fold around each wheel with a precision fit.

Where can we see Stan robots at work?

The first production models have only been available for several years so far, but Stanley Robotics has already landed some impressive contracts, including airports in Lyon and Paris, as well as the London Gatwick Airport. It is also now finding its way into redesigned automotive storage lots that have been created especially for Stan robot application.

The airport concept is meant to make driver car storage far easier and less painful for all parties. Passengers can drop off their vehicles into enclosed parking bays – they might look like garages to you and me – after which they use their smartphone to scan the car in and confirm their reservation. From there, they take their bags, leave the car in the bay where it is secured while it waits for the Stan robot to come and collect it. Vehicles are collected from the bays and placed into storage where they remain until the owner comes back for collection, at which point it’s placed again in the secure bay.

It means no more driving around to find a parking spot and potentially being late for your flight while you secure your car in a typical long-stay airport lot.

The success of the Stan robot in airports has prompted its adoption in mass car storage facilities, too. The idea is that when large numbers of vehicles have to be stored before being moved to sales facilities or other locations, they can be efficiently stored in lots specially made for Stanley Robotics operation.

Every bay is numbered and mapped, allowing for a minimal operating staff presence as cars can be stored and fetched automatically by the robots. 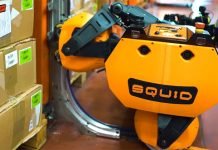 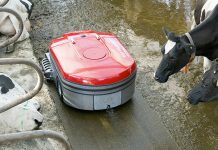 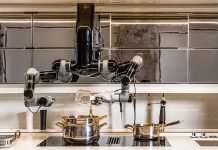 Moley Robotic Kitchen: The future of cooking at home

Moley Robotic Kitchen: The future of cooking at home