Boat or bus? The new Hamburg HafenCity RiverBus is a bus that turns into a boat and vice versa. The amphibious bus is the brainchild of founders Fred Franken and Fiete Mahlstedt. It is built on an MAN truck chassis while its body is made of composite materials by a Hungarian company. It offers city tours combined with river cruises.

MAN Hafencity Riverbus is the first amphibious bus in Germany and takes tourists to discover the city on land and water.

The amphibious vehicle is perfect for a port city like Hamburg, located around the Elbe River, where most of the places worth visiting are either on water or on the shores. The RiverBus provides the opportunity to tour both. It can take up to 36 passengers and 3 crewmembers on an 80-minute sightseeing ride on land and water. While on land, it is powered by a standard internal combustion engine. However, in water, it is propelled by two propellers, and the controls are completely different.

For the normal route on the city streets, it was a pre-requisite to have buttons to call the next stop. Therefore, the HafenCity Riverbus operates like any other bus along the city streets. As mentioned by Fred Franken, it was a tough challenge to get compliance certificates on such a unique and unusual vehicle – because the German transportation laws do not contemplate such vehicles. Fred, a former maritime worker and a bus passionate, says: “I started to think of this project 18 years ago, after seeing a similar attraction in Singapore. I immediately thought that such a thing had to come to Hamburg”. Fred has been quite a pioneer, as the development and construction took a good four years.

Maintenance is another challenge since the MAN HafenCity RiverBus can only be serviced once a week – reason being the huge, unanticipated success of the idea. “In the first two months of activity, we counted over six thousand passengers, Hamburg citizens and many tourists”, explains a satisfied Fred Franken. And the voice is spreading: at the moment, there’s requests for another seven amphibious buses to serve other cities. 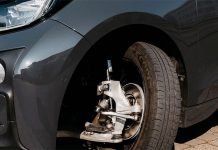 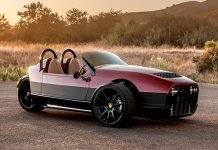