On Saturday, the 13th of April, the world’s largest airplane embarked on its first complete test flight. The giant 500,000-pound plane propelled by six PW4056 turbofan engines took off around 7 am PT from the Mojave Air and Space Port in Mojave. In a critical test flight described as ‘fantastic’ by the test pilot- Evan Thomas, the plane flew over California’s Mojave Desert and landed safely after about 150 minutes in the air. Evan also remarked that the plane ‘flew very much like we had simulated and like we predicted.’ Forbes reports that the plane reached a speed of 189 miles per hour and an altitude of 17,000 feet.

Designed and manufactured by the Stratolaunch Systems Corporation, the plane’s 385-foot wingspan is comfortably the longest in the world. By comparison, a standard Boeing 747 aircraft has a wingspan of only 212 feet. The plane also boasts a unique dual-fuselage design that gives it the appearance of two airplanes, except they share the same wings.

Not designed for commercial use

Stratolaunch was founded by Paul Allen, the late co-founder of Microsoft with the vision to provide ‘flexible alternative to ground-launched systems.’ The aircraft is designed to carry rockets into high altitude and launch them into space. Airplane-launched rockets have been tipped to be the future of space exploration although developing the technology is taking longer than anticipated.

Stratolaunch’s aircraft is designed to carry up to three rockets during a single flight. According to the company, the plane can attain an altitude of 35,000 feet, from where the satellite-laden rockets would be released and fired into space.

Where would the rockets come from?

Although the first test flight took place without a rocket, testing with rockets is expected to begin by 2020. Initially, Stratolaunch planned to manufacture its own line of rocket engines in a bid to complement the air-launch systems. Following the death of Allen, however, the company dropped those plans, to focus on commencing operations with the airplane. The new strategy is to provide a platform for manufacturers of aircraft-launched rockets. The company already signed a deal with Northrop Grumman, and would be responsible for getting their Pegasus family of rockets into space. 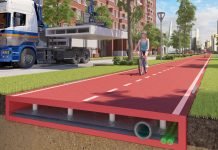 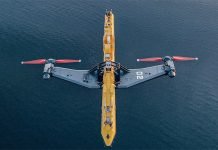