Having a printer in the household is common all across America, but 3D printing tells a totally different story. Most people across the country and across the world have never even used any sort of 3D printer, but many of us have interacted with products that were created by someone using a 3D printer.

The entire concept of being able to print a 3 dimensional object seems completely foreign for those that have never done it before; and up until a few years ago, these printers could cost tens of thousands of dollars, so it makes sense that they were never mainstream. Luckily, smart inventors have created 3D printers inexpensive enough for everyone that wants one. JGMaker is the company behind incredible innovations in the 3D printing industry.

JGMaker is all about 3D printers; their specialization in the technology is what has allowed them to mass-produce an affordable printer that anyone can get. Though all they focus on is the printer, their device can create anything from automobile parts to creative arts, as well as medical devices and other prototypes.

They have gathered high-class individuals with experience researching and developing the printers which has helped them grow their network. Even though their technology is far ahead of many competitors, they strive to deliver personalized customer service to every person interested in the work their printers can deliver. 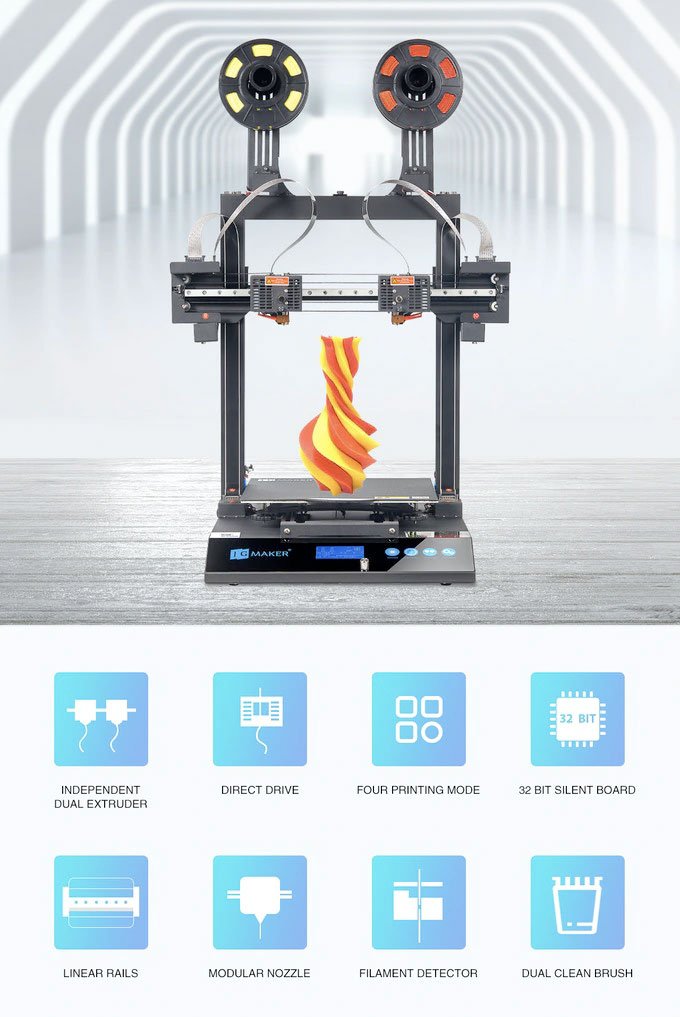 The biggest reason people are choosing to go with the JGMaker Artist-D 3D printer is the price. JGMaker is currently running a crowdfunding campaign and the printer is available at a steep discount. There’s no other place to get a 3D printer with that level of quality at such a low price.

The device is also far more compact than other 3D printers, especially those of old. You no longer need to have a room dedicated to the printer; instead, these printers fit on a desk. The device also comes with a 3-year warranty and worldwide free shipping, so wherever you are in the world, you’re covered.

The JGMaker Artist-D 3D printer is currently available on Kickstarter. There are still about a hundred spots left in the super early bird special slot, so you can get the printer for the cheapest price it will ever be, which is only $389. There is no other time that the printer will be this cheap!

The campaign has been extremely successful, further solidifying just how great the quality of the printer is. Their original goal was $30,000, but they have currently raised well over $350,000. There is 16 more days in the campaign, so there’s absolutely time to support the project. Shipping is estimated to take place in November 2020, so the wait time won’t be long.

The world of 3D printing is now open to professionals and hobbyists alike; now is the time to act if you’re looking for a quality, inexpensive printer. The price that’s available now won’t be available for long, so don’t hesitate!

VAVA Portable SSD Touch can recognize up to 10 different fingerprints

Solus Plus Radiator – The future of home heating