With the worldwide rise in demand for smaller, less gas intensive vehicles, companies are seeking to create vehicles with a smaller environmental footprint that still permit maximum operation, safety, and comfort for their drivers. Small vehicle development has picked up a lot of ground, with a wide variety of products constantly flowing into the market. They are of course not all created equal. Many suffer from shortcomings in terms of charge, range, and stability. Some even suffer from a deficient visual appeal. Mostly, such brands have also been limited by the distribution area.

That tide has begun to change, however. At the forefront of expanding not only visually and operationally, but also geographically, Swiss company Qooder (formally known as Quadro) has brought their Qooder product across the pond to be marketed and sold in the continental United States.

Qooder has been such a momentous achievement by the company that they have decided to shift their brand name to back the world’s first four-wheeled street vehicle with the ability to successfully tilt without sacrificing balance. Tilting, of course, is not something commonly associated with a four-wheel vehicle. It is rather an act reserved for motorcycles. The Qooder finds a fine balance between the stability of a small car and the maneuverability of a motorcycle.

The company decided to establish a local subsidiary in the United States back in 2019, aiming to introduce their product to US industry professionals, as well as to put their product’s name and company’s story out hoping to garner the attention of distribution partners.

In 2020, Qooder would not let the cancellation of the Geneva International Motor Show, due to the pandemic, stop them. The company instead performed a virtual presentation of their electronic product on their social media platforms (Instagram, Facebook, and LinkedIn) in order to continue their massive initiative aimed at a global product distribution launch.

Of course where the Qooder truly thrives is in maneuvering around tighter spaces due to its design of being slimmer than a traditional car, but also its exceptionally balanced tilt ability. The front and rear, fully independent hydro-pneumatic suspension Hydraulic Tilting System permits the wheels to better hug and bend to curvatures of roads. With each wheel being worked at independently, the traction of the Qooder is superb when compared to that of a traditional motorcycle.

The suspension systems allow the Qooder to have great stability even when taking turns, along with the ability to drift, ride over road imperfections with minimal impact to the rider, and performing ‘doughnuts’. In a sense, these are features more closely linked to that of a dirt bike. In that same sense, the Qooder has handling, four wheel safety, and performance superior to other semi-electric vehicles of its sort.

The braking system is versatile too, with the right lever initiating front-wheel brakes, while the left lever and pedal controlling all-wheel braking. All of the rotors are lined with hoses formed from steel-braids. There is even a small handle on the right seat that serves the purpose of a handbrake when the Qooder is parked on a sloped surface.

It also comes with a front windscreen that might be a bit short for taller riders but is more than sufficient for most of the average height. A new variant of the product, Qooder reported, will be offered with a roof for those riders who prefer coverage over their heads.

The Qooder dashboard presents the rider with the pivotal information including a tachometer, a rev counter, and other various computer trip information. There are additional compartments with a USB port and a 12V for convenience.

The Qooder stars at €7,999 (inclusive of VAT) at the company’s online store and is available in raw black, titanium grey, snow-white, ceresio blue, and swiss red color options. Optional accessories include two various top-case attachments, as well as an adjustable windshield. The preparation of the vehicle is an additional €339.

The company is additionally developing a fully electric vehicle called the eQooder which will likely also warrant market attention in an increasingly ‘green’ leaning world. 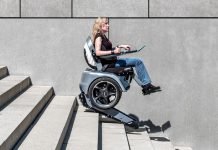 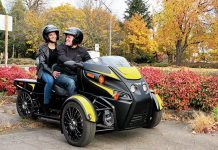 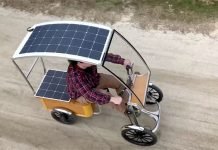