If you have ever found yourself out of breath after some type of physical activity, it is likely due to your breathing simply not being used to the endurance that is necessary from such an activity. Whether it’s walking up a long set of steps, running a sprint, engaging in an intense physical workout, and for some, simply standing up too fast, people can be often unprepared for certain rigors that cause their bodies difficulty in catching their breath.

There are a set of breathing exercises and practices that can help enhance human breathing, but these, typically, take years of consistency and practice to truly master. Conversely, there are breathing trainers that allow people to get their breathing under control far quicker. Of course, these have a few notable problems:

How breathing trainers work and what makes Oumua different

Lungs act as muscles would when they are put through exercise. The higher the resistance, the harder muscles have to work to succeed at the goal of lifting or pulling against it. Lungs behave similarly when used with breathing trainers. However, there is a two-sided process to breathing: inhaling and exhaling.

While inhaling and exhaling are the two primary actions of breathing, they are still two separate actions. Some breathing trainers promote inhalation and expiration of breath through the same portal, though this is not the most efficient breathing practice because it teaches the lungs to treat both like the same type of action.

Oumua is designed with this difference in mind, providing two sides of the breathing practice tool, one meant for the action of inhaling, the other for exhaling. The air channels between the two are separate. This means that you can train to inhale with different levels of resistance than exhale. This promotes better breathing practices and helps to avoid poorly learned and difficult to unlearn habits.

The company mentions that with just 10 to 15 minutes of daily breathing training with Oumua, including 5 to 7 minutes of inhalation training in the morning and another 5-7 at night, you can vastly increase your breathing performance.

The Oumua breathing trainer is built to allow six different levels of resistance to breathing. The resistance level usage depends mostly on what goals you are looking to accomplish with your breathing training. For general well-being, lower levels are just fine. Those seeking to bolster their athletic prowess will want to train with the higher settings.

Toggling between the various levels is as simple as it gets. A simple wheel at the center adjusts the resistance based on a number from level 1 to level 6. Every level is denoted by a click, meaning that you can set it with confidence, even when the lighting is bad or absent.

The lowest levels are mild training with a moderately low, 3.14 inch (8 cm) H2O resistance, with the upper end of the range at 23.6 inches (60 cm), a feat challenging for even the most athletic person. A convenient chart for breathing resistance levels is illustrated below: 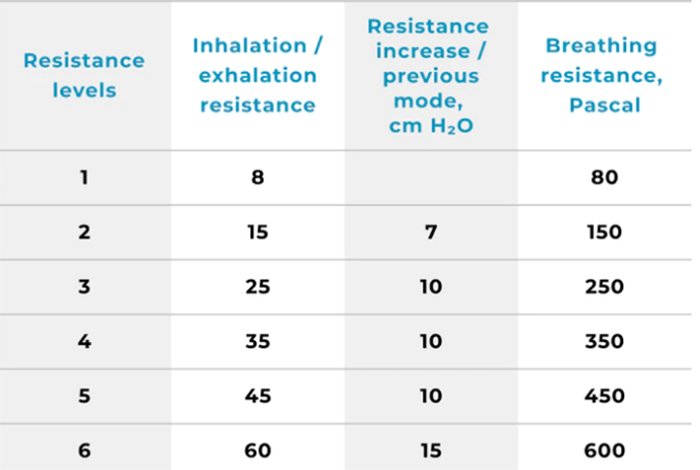 There are several other breathing trainers on the market including Airofit, Breather, Expand-a-lung, POWERbreathe, O2trainer, and Airphysio. Some of these are even effective in the most important categories for this niche of product, while others come up short in most. None of them, however, checks as many boxes as Oumua. The features and attributes of Oumua include:

Currently seeking funding via Kickstarter, the Oumua began its conceptual formation in November of 2020, with an initial market analysis performed in December of that same year. From March to April of 2021 the Oumua breathing trainer underwent MVP development, with prototype testing starting in May, expanding to extensive prototyping in July.

Finally, in September 2021 the product launched for a crowdsourcing fund on Kickstarter. The product’s projected end of testing is in November, and the tooling launch is set for the final month of the year. January of 2022 is when the assembly and delivery plans are set to begin, and the Oumua Smart Breathing website, as well as the Smart Breathing app, is slated to arrive in February, with an IoT-enabled 2.0 version set to launch in March.

Those backing the project in its Kickstarter campaign will be eligible via a Pledge-tier system. All options are available in a selection of 7 colors: Onyx, Pearl, Azure, Rosewood, Shamrock, Indigo and Belize.

The product’s name, Oumua, comes from a Hawaiian term for “first distant messenger,” as well as being from the first interstellar object to enter space. The idea for its appearance was stimulated by the desire to reduce the awkward-looking breathing training tools, in order to instill confidence in those using them to enhance their breathing abilities, power, and control. 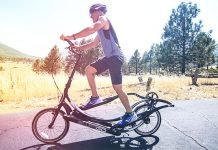 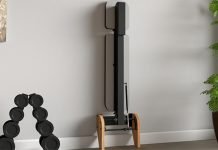 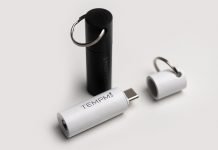 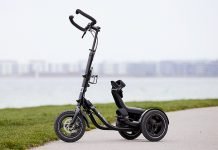 Me-Mover: A step machine on wheels for an efficient full-body workout