Humid weather is arguably the most unpleasant for any person to find themselves in. The closeness of the air can contribute to feelings of being unable to breathe; of stifling and suffocating even when in open-air spaces. It’s the kind of weather that makes us all feel useless and unproductive, but now there’s one company that is trying to make that humidity work for us, and they’re called Kumulus.

Kumulus is a water tech startup that is singularly dedicated to providing drinking water in both an economical and sustainable way. Their first product is simply called the Kumulus-1 (sometimes styled Kumulus One). It’s an AWG (atmospheric water generator) that is capable of taking humidity from the air and turning it into something very useful indeed, namely 20-30 liters of healthy and potable water.

The Kumulus-1 is a stationary unit designed specifically for areas that may be free from drought and extreme dry conditions, but where clean and safe water is still in very short supply. This could be through pollution or other factors. At the same time, these areas are humid, with huge amounts of water vapor sitting unused in the air, almost taunting the local population – water, water everywhere but not a drop to drink.

How does Kumulus-1 work?

At the top of the machine and pointing up is the “head” of the unit. Openings in the head are where water vapor is gathered before being filtered and then cooled. Condensation transforms the water vapor into dew drops, which are then mineralized and then stored in the unit’s large tank. 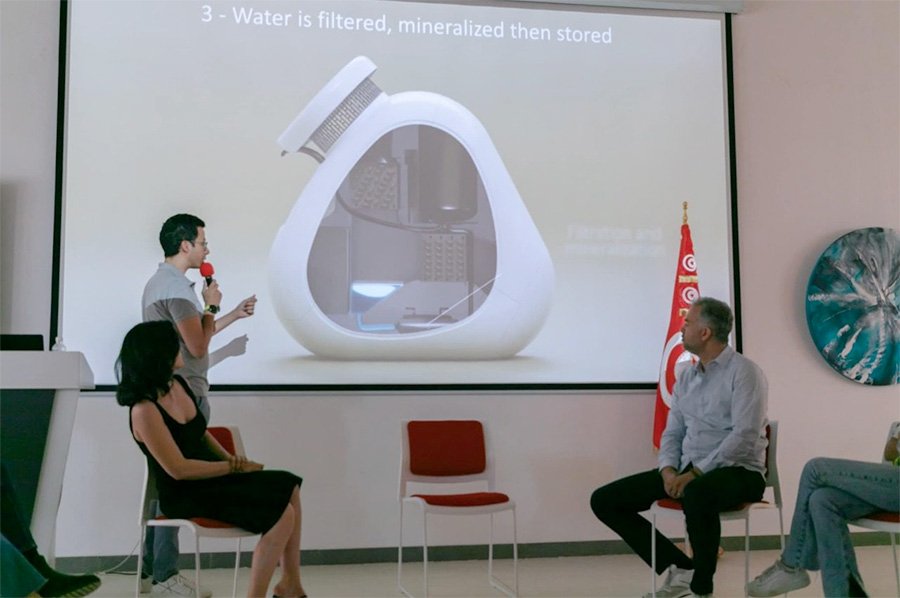 The technology to turn humidity into drinking water isn’t in itself a new one, but Kumulus-1 will be the first of its kind to produce so much – up to 30 liters – in a single day. The company currently has units working in a pilot program in a school in Tunisia.

Built to solve a global problem

Machines like the Kumulus-1 are merely a first step for Kumulus, who are guided by a larger aim to create robots and other technologies that will solve key drinking water problems around the world. The company cites the fact that some 1 billion people still don’t have access to clean drinking water on a daily basis, as well as 31 percent of schools worldwide.

They also remind us of the stark reality that 500,000 children under the age of 5 years old die each year from drinking non potable water, and that by 2040 there will be an estimated 600 million children living in areas of the world where access to clean water is “extremely limited.” Hopefully the Kumulus-1 will lead to more innovations that boost yield and offer greater accessibility.

Kumulus are accepting pre-orders on individual units now, hoping to use capital gains and investment to streamline production and bring down overall costs. Company founder and CEO Iheb Triki points out, too, that while costs might be high currently, the machine ultimately uses an abundant and freely available resource – humidity – to create an invaluable substance at the mere cost of keeping the machine powered.

When combined with solar panels for power, Triki might just have created a viable and sustainable solution to water problems around the world. 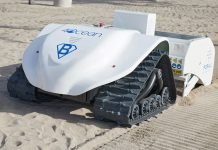