It seems like a new touring bicycle is hitting the market each day. While designs are getting lighter and more efficient, they ultimately stay the same. But something new is catching the attention of the cycling community: the Cercle. It’s an all-in-one touring bicycle that can carry cargo and act as the rider’s overnight accommodation. The creator has set out to reimagine a new way of cycling and wants to spread it worldwide.

How the Cercle touring bicycle got started

When Bernhard Sobotta was 18, he traveled and worked through Australia, where he experienced a relaxed, purposeful lifestyle. Upon returning home, he fell into a post-travel depression and longed for the sense of happiness he experienced overseas.

A couple of years later, he wondered if it would be possible to create a touring bike with overnight accommodation that would allow him to re-experience that joy he felt in Australia. The question became a part of his bachelor’s thesis, and he eventually put aside pen and paper and created the first Cercle prototype.

Today, Bernhard and his team have created the brand name Cercle the World and made brilliant progress in bringing the Cercle bicycle concept to life.

What is the Cercle bike?

In theory, the Cercle is a regular bike with a large circle in the middle of the frame. This open circle hosts a netting, almost like a trampoline, and can be used as a seating area when the bike is stationary. The kickstand pops out, and the rider can adjust the seating and fold down a desk for a little office space anywhere in the world. The desk and seating units can also be converted into a cot, giving the rider a place to sleep for the night.

Sleeping under the stars is wonderful, but Cercle the World wants riders to feel safe and secure from the elements. The team has designed a tent that perfectly covers the bike and bed so that riders can camp in any weather condition.

Touring bikes need to store luggage–they’re often used for around-the-world trips, after all. The Cercle touring bicycle has storage placements in the front and back of its frame. Since it’s larger than traditional touring bikes, riders won’t feel engulfed by their cargo, making for a more enjoyable riding experience.

Whether or not the cycling community embraces the Cercle bicycle’s quirky design remains a mystery. However, as more people become willing to give it a try, it could be the next great thing on the market.

Status of the project

Cercle the World recently revealed the Cercle 2.0, which will likely be the design to hit the market. The founder of the company originally stated that crowdfunding would begin in January of 2022; however, that date has passed, and he has not yet revealed when the public can start backing the project and preorder a Cercle touring bicycle.

The company has active Facebook and Instagram accounts, which are the best places to get the latest information on the project. 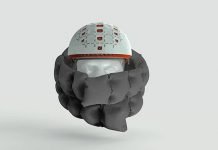 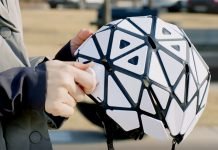