Regent, a US-based company, recently released a video of its electric Seaglider prototype flying over water. The company hopes to solve several key transportation issues plaguing highly condensed cities. While standard vehicles get stuck in congested streets, the Regent Seaglider can cruise along the coast, where only seagulls are responsible for any traffic. Some viewers may wonder what makes the new vehicle so special. But one quick look at the makeup of the machine and its possible uses answers that question.

The Regent Seaglider is a water-based vehicle. It can operate using three different modes. The first mode of the machine uses its hull to float across the water, similar to a standard boat. To increase speed and energy efficiency, the pilot can switch to a hydrofoil mode, which uses an underwater fin that slightly lifts the vehicle out of the water. Hydrofoil technology is becoming increasingly popular in watersport boards (Mark Zuckerburg is known to use these products). Lastly–most importantly–the Regent Seagider completely lifts out of the water and flies through the air.

The flying mode of the vehicle uses the ground effect, an aerodynamic phenomenon that happens when aircraft fly close to the ground. A small cushion of air is created and, with the right design, reduces the amount of drag/friction. Since the Seaglider is a water-based vehicle, Regent is taking advantage of the benefits of the ground effect as there are no objects on the ocean that deter low-flying aircraft (unlike on land). The company claims the Seaglider can produce speeds of 160 knots and travel for 160 nautical miles. A next-generation battery is in the works to bump up the travel range to more than 400 nautical miles.

In the past, water-based electric vehicles have failed to prove efficient. Driving through water, waves, and currents requires a massive amount of energy that current batteries just can’t handle. The Regent Seaglider’s ability to hover just above the surface by using its hydrofoil or ground effect mode allows it to use today’s commercially-available batteries, and not emit harmful emissions into the environment.

How will the Regent Seaglider be used?

Regent has suggested that the Seaglider is not a one-trick pony. Its primary use will be to provide quick and easy transportation. A single vehicle can fit twelve passengers and two pilots. One of the biggest draws, according to the company, is that passengers won’t have to go through airport security to board the Seaglider. The machine can also be used to transport cargo. This could greatly expedite shipping services for highly condensed states like California. Lastly, the ultra-fast travel abilities over water could interest governments and organizations in using the vehicles for rescue missions.

The Regent Seaglider is expected to enter service in 2025. If the numbers on the company’s website are accurate, Regent has already sold 325 Seagliders and has a backlog of orders worth US$6 billion. Although the price hasn’t been released, it’s safe to say that the new ground effect vehicle is going to cost a pretty penny. 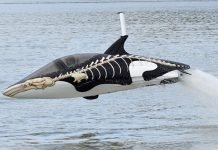 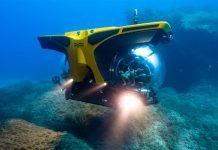 The deepest-diving tourist submarines in the world

The deepest-diving tourist submarines in the world