The automobile industry is one that is always changing and innovating. It seems like new car models are being released every day, but consumers are becoming savvy about the tricks manufacturers use to get them excited about a new vehicle. We have seen the rise of many niche car brands over the last decade or so. Smaller, luxury-centric companies have built upon their existing customer base by introducing more specialized vehicles in response to demand. These smaller luxury car brands release “concept” versions of these special cars at auto shows to generate excitement amongst their customers and attract new ones while not actually revealing any production intent models. Lamborghini did it with their Estoque, Bugatti with the Galibier, and Mercedes with the Ener-G-Force. And now we have the Lincoln L100 concept car.

A brief history of Lincoln

Lincoln is a brand that has been around since the very early days of the automobile. It has built a legacy as one of the premier luxury car brands in the world, but that’s not to say it hasn’t seen its fair share of ups and downs. The brand flourished in the pre-2000s eras while sales figures now are low enough to the point where they have to discontinue cars. However, Lincoln has built a new lineup of cars, including the new Aviator, Continental, and Navigator. Like many other luxury car brands, Lincoln has been struggling to stay relevant in a world where crossovers are king. To help combat this, Lincoln has released a series of concept photos over the past few years that have showcased a more futuristic and aggressive aesthetic.

The Lincoln L100 concept embodies everything good about the future of Lincoln. It is a bold, futuristic sedan concept that is meant to appeal to both younger and older generations alike. At first glance, the L100 appears to be a crossover of some sort, but it’s a large sedan. The entire car is covered in sleek lines and sharp angles. The car sits low to the ground, and it has a long hood and short rear end that are reminiscent of futuristic sports cars.

The experience and features

Once you’re inside the Model L100, you realize that there are no driving controls or instrumentation. Because Lincoln believes the Model L100 to be a fully autonomous vehicle, its interior can be customized to accommodate passengers’ needs. The front seats can either face forwards or rotate to create a face-to-face setting. In addition to a chessboard, the center console includes an interactive display that, among other things, includes a digital floor. Furthermore, passengers are enveloped in a sanctuary of light as a result of a variety of lighting effects.

What exactly is a concept car, anyway?

A concept car is a vehicle that is intended to showcase a company’s design language and direction for its future models. They are often radically different from what is currently available in production. Concept cars, especially from luxury car brands, are often extremely futuristic. They are meant to showcase the company’s willingness to take risks, experiment with new technology, and lead the rest of the industry in design and technology. These concepts are usually not meant to be driven on public roads, although there are a few that are built to the same standards as a production model. Most concept cars are built to showcase design and technology only and will never see the light of day as a production model.

Why did Lincoln create the L100?

Will this concept ever go into production?

This is the million-dollar question. Like many other concept cars, the Lincoln L100 is unlikely to see the light of day as a production model. In order to really get their customers excited about what’s to come, concept cars have to be pretty radical. The L100 would be one of the most luxurious sedans on the market, but the question remains: would customers be willing to buy it? At the end of the day, companies like Lincoln have to answer one simple question when it comes to future product plans: will this vehicle earn us more money? If the answer is “no,” then it likely won’t ever go into production. 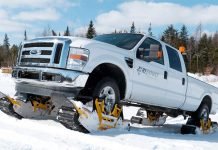 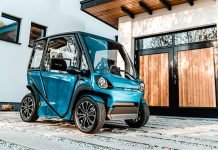