SeaTwirl, a Swedish firm that manufactures wind turbines, has received a patent for the retention of kinetic energy in its turbines. This innovation may assist wind turbines in optimizing the rotor velocity and also stabilize the voltage variations. This patent is currently held by the corporation in the United States of America, El Salvador, France, the United Kingdom, and Ireland.

The difficulty with wind power, in which voltage swings are created by differences in wind speed, is where the answer originates from. The solution is effective because it moves mass toward or away from the axis of rotation. When this is done, the output power may be maintained despite there being less wind, and as a result, the system can be improved to reduce fluctuations on the power grid.

Holding up against greater wind speeds

Other patents that have been awarded to SeaTwirl include: a flexible turbine that has the ability to fold its blades into a flat shape, allowing it to resist considerably greater wind speeds. Another invention is the divisible turbine with distinct sections above and below that contain the bearings and generator, making that unit changeable by boat near sea level; and lastly a water-proof emergency brake in the event the turbine fails.

In 2015, the company put its first prototype, which they designated S1, into operation just off the shore of Lysekil, located in Sweden. A tiny turbine with a capacity of 30 kW, the S1 provides energy companies with a testing platform for coastline wind power and gives people living in isolated places that are susceptible to power outages an alternative to diesel generators.

In the works: a 1 MW capacity SEATWIRL S2x

The fact that S1 is located within a depth of around 35 meters and has a minimal number of moving components that might get damaged contributes to “less downtime and greater productivity.” SeaTwirl also claims that its construction is sturdy because it has a very low center of gravity and that the weight of the wind turbine is supported by the water, which decreases the amount of stress placed on the bearings. Following on from S1, the business is now working on the SeaTwirl S2x, which will have a capacity of 1 MW when it is finished in 2023.

It is possible that the high cost of deep off-shore wind energy, in conjunction with advancements in materials and modeling technology, may provide the circumstances under which VAWTs will eventually find their place in the renewable energy market. However, there is no doubt that it will be difficult; designing something in the deep ocean is significantly more difficult than undertaking it on land, and as a result, all of the challenges and difficult lessons might result in increased costs for SeaTwirl. 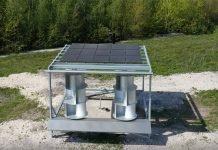 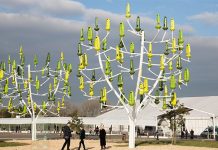 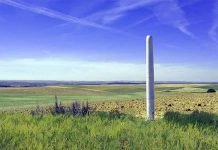