Ryse Aero Technologies is a startup that was founded in Ohio. The company develops eVTOLs (electrical vertical takeoff and landing). The company announced the debut of their newly developed eVTOL earlier this year, referring to it as the “Ryse Recon”. The Ryse Recon is a one passenger aircraft and reaches a high speed of 63 mph or 101 km/h, as well as a max height of around 700 ft or 213 m above the ground.

The Recon also has a flight range of 25 mi or 40 km with the max flight time being around 25 minutes. The eVTOL is capable of landing and taking off in a multitude of different environments, including on land take-off and landings, as well as water take-off and landings.

The Ryse Recon looks almost futuristic at first look and the 286 pound aircraft looks very similar to a drone. The Recon has a sleek and lightweight aircraft grade aluminum frame, and an all black carbon-fiber body. Located on the frame’s 6 propellers are the Recon’s removable battery packs. The electrical aircraft also contains 6 fixed landing legs for safe landings on both land and water. The open cockpit enables the eVTOL to float during water landings.

Tech of the Ryse Recon

The controls for the Ryse Recon are astonishingly simple. Ryse Aero Technologies mentions that buyers don’t need a pilot’s license in order to operate the electrical aircraft, and the training required is very minimal. The controls for the eVTOL are basic and only consist of a main screen and a pair of joysticks, enabling operators to use their common sense when flying and not get confused with a bunch of complicated controls. Additionally, the Recon features a patent-pending battery system that enables easy removal and replacement of the included rechargeable batteries when necessary, making maintenance of the eVTOL low cost.

Push toward the Agricultural industry

The company aims to push the Ryse Recon for private, commercial, and governmental use. The company doesn’t plan on marketing for individual use such as commuting and instead markets the Ryse Recon for environments where, using other vehicles of transport, would be difficult. It’s been highly marketed toward rural agricultural sectors, as well as vineyards and ranching, as a practical way of getting around the often large plots of land. The Recon could also be used for governmental purposes, aiding in jobs that require land surveying or even search and rescue in the future.

The company is putting test machines in the hands of farmers this fall and has a full build schedule planned out. Founder and CEO, Mick Kowitz, says that they will start in 2023 with 100 machines that will mostly be hand built, and have a goal to build 1,000 in 2024.

Ryse Aero Technologies expects to be able to start selling its eVTOL in January of 2023, and estimates the price tag at a hefty US$150,000. 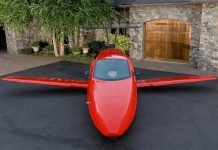 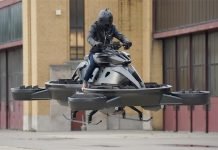 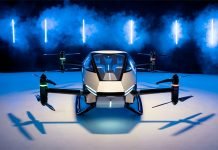 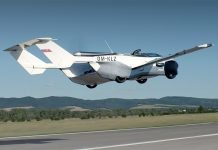 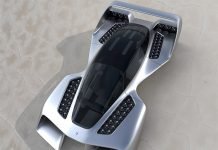