Hammacher Schlemmer, a U.S. catalog company, has recently listed a flying hovercraft for purchase. The company claims that the craft can not only hover over land and water but that it can fly through the air at impressive speeds. A flying hovercraft may sound like something out of a comic book, but it’s a real product with some unique and noteworthy features.

People may be surprised to hear that Hammacher Schlemmer, a company that sells decorations, sporting goods, furniture, and uncommon electronics, is offering a flying hovercraft. However, it’s important to note that the company doesn’t create or design its products. Instead, it offers a catalog of products that 3rd party manufacturers designed.

About nine years ago, Hammacher Schlemmer listed a similar product, the golf cart hovercraft, which is still available today. The company does not list the original creators of either hovercraft; however, a number for a product specialist, who may be able to provide further information, is available in each product description.

How does the hovercraft operate?

The craft has a lift fan and skirt to allow hovering and a 60-inch thrust propeller made of wood and carbon to allow it to go airborne. Drivers of the hovercraft can take it over almost any terrain, such as grass, water, snow, and sand, and up 30% inclines. While hovering over a surface, the craft can easily hop over obstacles. When drivers use it as a flying hovercraft, it can reach speeds of around of 70 mph (112 kph). The operator can control the rudders and lift fan using the joystick, throttle, and other driving system controls.

Hammacher Schlemmer claims that the flying hovercraft’s two nine-gallon gas tanks can provide a range of 160 miles (257 km), which is an impressive distance for a vehicle of its kind. However, each state has its own laws on hovercraft usage, and it’s unlikely that someone could actually fly the hovercraft the entire 160 miles without running into issues with the police.

Hovercrafts are often used in cartoons and movies, but why aren’t they more popular in the real world? Well, the crafts are difficult to control and require a large amount of fuel to operate. Most engineers are, instead, focused on using cheaper and greener forms of transportation that are more practical in the real world. That being said, hovercrafts can still be a fun option for people who are just interested in owning an exciting product.

Hammacher Schlemmer has the flying hovercraft listed on its website for $190,000. The price is quite a bit higher than the golf cart hovercraft, which comes in at $58,000, but its flying abilities put it in a class of its own. A boat license is required to operate the machine. 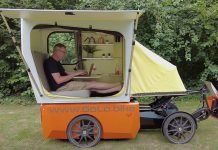 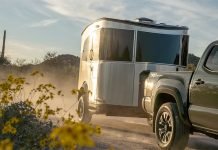 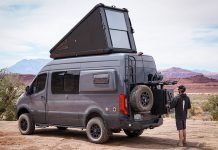 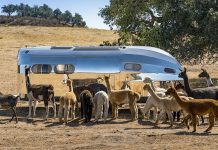 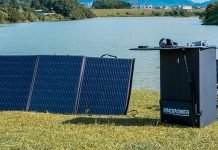 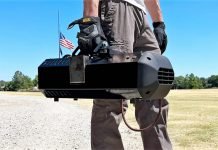